HELL YES they are and its about time people are finally starting to wake up to this fact.

Yet now its becoming REALLY obvious that UFO and Alien DISCLOSURE is happening right now. Its been happening probably since Ancient Aliens first aired 10 plus years ago.

Yet now its really happening and Congress is not only implying that ufos have aliens in them, but they also have changed the UFO meaning basically so that it includes things that are not only in space, but in water. 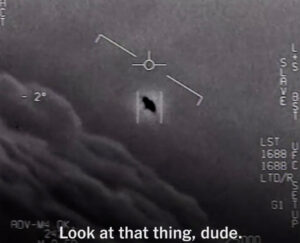 Ive said this for years. that 100% the aliens are obviously using the oceans and its really a USO situation.

Yet it doesnt matter what you call it, this sounds like a big time admission to me. I mean am I wrong or was the Pentagon and Government 110% denying any type of UFO or aliens just a few years ago? Crazy how fast it has changed and something big is about to happen, you can just feel and sense it.

Here is the story from THE HILL.

In Congress, where legislation is drafted, debated and enacted, clear and concise definitions are of paramount importance. As military aircrews increasingly encounter unidentified flying objects (UFOs), lawmakers recently made several striking revisions to the definition of “UFO.” Key among them: The explosive implication that some UFOs have non-human origins.

As first reported by researcher Douglas Johnson, a draft bill approved unanimously by the Senate Select Committee on Intelligence rebrands UFOs as “unidentified aerospace-undersea phenomena.” Expanding the definition to include objects in space and under the oceans significantly broadens the scope of a muscular new office tasked by Congress with investigating UFOs.

The revised definition of “UFO” also includes “transmedium” objects which, according to lawmakers, “transition between space and the atmosphere, or between the atmosphere and bodies of water.”

In short, members of a key national security-focused committee believe that objects of unknown origin are demonstrating remarkably advanced technology by moving seamlessly between space, air and water. A report accompanying the legislation notes that “transmedium threats to United States national security are expanding exponentially.”

It strains credulity to believe that lawmakers would include such extraordinary language in public legislation without compelling evidence. Perhaps members have seen the classified sensor data that prompted former President Trump’s director of national intelligence to state that UFOs exhibit “technologies that we don’t have [and] that we are not capable of defending against” (among several other eyebrow-raising comments). 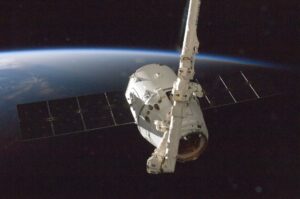 Over the last seven decades, most UFO sightings involved “man-made” objects, such as misidentified aircraft, balloons, satellites or drones. Yet now, according to Congress, “man-made” objects “should not be considered under the definition as unidentified aerospace-undersea phenomena.”

Moreover, in a congressional directive, objects identified by the new UFO office “as man-made…will be passed to appropriate [Department of Defense and Intelligence Community] offices” for further analysis.

Congress, in short, is forcing the government to focus on objects that are not “man-made.”

Imagine that the new UFO office identifies a highly advanced drone flying in sensitive airspace. Under the draft legislation, regardless of the drone’s origin – be it Chinese, Russian or otherwise – the UFO office must immediately stop investigating and hand the case over to another government entity.

This implies that members of the Senate Intelligence Committee believe (on a unanimous, bipartisan basis) that some UFOs have non-human origins. After all, why would Congress establish and task a powerful new office with investigating non-“man-made” UFOs if such objects did not exist?

Make no mistake: One branch of the American government implying that UFOs have non-human origins is an explosive development.

It is also part of a remarkable shift in official attitudes towards UFOs.

In the late 1940s and early 1950s, many senior government officials believed that UFOs had “interplanetary” origins. But a series of still-unexplained encounters in the summer of 1952 sparked Cold War national security fears among defense and intelligence agencies.

As a result, the U.S. government initiated a campaign to “debunk” and discredit all UFO sightings, no matter how credible. For decades, officials mocked any suggestion that UFOs had extraterrestrial origins.

In discussions and interviews, NASA administrator Bill Nelson suggested that UFOs encountered by military aircrews in recent years have otherworldly origins. (NASA, it should be noted, is proceeding “full force” on an unprecedented scientific study of UFOs.)

Former CIA Director John Brennan stated that UFOs might “constitute a different form of life.” According to James Woolsey, a fellow ex-CIA director, “something is going on that is surprising to…experienced pilots.”

As Top Gun-trained aviators remain convinced that they observed objects “not of this world,” director of national intelligence Avril Haines – America’s top spy – has not ruled out extraterrestrial origins for UFOs.

After the customary giggles and smirks that still accompany any mention of “UFO” died down, both Clinton and Obama adopted a serious, matter-of-fact demeanor when discussing the topic. Clinton, in particular, scolded a television audience for laughing when a host asked him about UFOs. (I always knew Clinton was a UFO Fan, but now he moves up a notch)

Unsurprisingly, this remarkable shift in attitudes towards UFOs is fostering a broader, richer discussion of the phenomenon.

SO looks like the UFO topic is really heating up! I dont know ANYONE that is a skeptic anymore. Like it literally has to be like a 90% rate among everyone who thinks that yes UFOs are real and they are probably from another planet, or another dimension. *Insert Twilight Zone Theme music here….